Follow the steps below to learn how to take a screenshot on Windows 10 with this tool. This application has a pro version which comes with more than 10 screenshot modes, allowing you to capture not only visible things on the screen, but also the contents beyond the screen in a scrolling window. In addition to that, it also has a Task scheduler for you to take screenshots automatically and a Screen recorder for making screencasts by yourself. Try it now by clicking the button below.

There is a simple and fast way to screenshot Windows 10. Just press the “Win + Print Screen” key combo. After that, your screen will dim for a moment, and you can then find the screenshot in the “Screenshots” folder under the “Pictures” library. In some cases, the screenshot may also be copied to the clipboard, so you can’t find the “Screenshots” folder in “Pictures” library. Open Paint (input “Paint” in the search box) and paste the screenshot on its blank board, hit “Save” to keep it as an image file on your PC. However, this way only enables you to capture the full screen. And if you want to crop or annotate the screenshot, you have to turn to another accessory application like Paint. This utility is bundled with Windows 7/8/10. It has four screenshot modes for you to screenshot on Windows 10: Free-form Snip, Rectangular Snip, Window Snip and Full-screen Snip. And there is also a very simple image editor for you to edit the screenshot once you’ve taken it. It is worth mention that a new feature is added to this tool in Windows 10. It gives you 1-5 seconds delay in capturing screen. With this feature, you can screenshot pop-up or drop down menus and tooltips. This is a new screen capture tool developed by Microsoft. It can be installed on any version of Windows. It allows you to capture anything visible on the screen and provides simple editing options like Snipping Tool does. However, it is superior to Snipping Tool in that it has a screen recorder function. You can record your activities in the drawing board of this application. This post provides several practical ways on how to screenshot on Windows 10. If you need more annotation options or instant uploading and sharing functions, Apowersoft Free Screen Capture is undoubtedly than other tools. And if you want to take automatic screenshots or record screen, then its pro version is the best choice. Click the download button below to give it shot.

Released in 2015, Windows 10 has been quickly reviewed on various technology sites. In general, user experience has been improved a lot in windows 10. And some simple but useful features have been added or improved in this version. It allows you to record screen and audio, manage files of your phone and take screenshot easily. No matter you need to share the amazing features to others or come across any problems in using this OS, you can use screenshots as a great medium. Besides, screenshots also enable you to share funny conversations and news with friends. So, in this article, we are going to enumerate some great ways for you to take screenshot in Windows 10.

This tool is a free online screenshot application which allows you to screenshot a specific region, a current window, as well as the full screen. And you can also set your own hotkeys or set a delay time for taking screenshots. Another advantage of this tool is that it allows you to take screenshot and annotate it directly on the screen without going to a standalone image editor. You can add lines, arrows, text to the screenshot to mark the important parts and use the blur pen to cover sensitive or private information. It features rich editing options to inspire your creativity in customizing the screenshot. Once done, you can save, copy, email, upload or share the screenshot directly in seconds.

Here are the steps for you to capture screen on Windows 10 with this application.

This tool also has a pro version which has even more screenshot modes for you to print screen on Windows 10. There are all-in-one, menu, scrolling window, free-hand and so on. Apart from that, the pro version provides a task scheduler, an advanced image editor and a powerful screen recorder which supports real-time editing. You can enjoy all those functions by downloading it now.

The simplest way to take screenshot in Windows is pressing the Print Screen (also “Prt Sc” or “PRTSC” on some keyboards) key. In Windows 10, once you’ve pressed that key, a screenshot of the full screen will be automatically saved to the “Screenshots” folder in Pictures library. If that doesn’t work, just try the combination of “Win + Print Screen” keys or “Fn + Win + Print Screen” keys on some laptops. Though this method is very simple, you can only get a screenshot of the full screen with no direct editing options.

Another way to screenshot in Windows 10 is using a built-in utility called Snipping Tool which is located in the Accessories folder. You can also quickly find it by typing “Snipping Tool” into the search box besides the Start button. This tool offers four screenshot modes: Free-form Snip, Rectangular Snip, Window Snip and Full-screen Snip. In Windows 10, it even allows you to set an interval for taking screenshot, which is very useful for capturing tooltips, menus and the like.

In addition to the above solutions, there are also some other tools that you can use, such as Snagit, Faststone Capture, GreenShot and PicPick. Snagit offers various screenshot modes and advanced steady image editor. Faststone Capture allows you to choose dpi for the screenshot and save images as PDF files. GreenShot and PicPick are relatively simpler than the first two but also good enough for common users to screenshot Windows 10.

This post gives you an overall guide on how to screenshot in Windows 10. If you just need a screenshot of the full screen, then the “Print Screen” key may meet your need. But if you have more requirements like image editing, instant sharing or capturing screen with delay, then Free Screenshot Capture is your optimal choice.

This wikiHow teaches you different ways to take a full or partial screen capture on your Windows 10 PC. The simplest and most full-featured way to capture any part of your screen is to use Snip & Sketch, Microsoft’s new built-in screenshotting tool. As long as you’ve updated Windows 10 after February 2019, you’ll find this tool by searching for it in the Windows search bar.

Method 2 of 4:Using the PrtSc Key to Capture the Whole Screen</h3>

Method 3 of 4:Using PrtSc Key to Capture One Window</h3>

Ask a Question200 characters leftInclude your email address to get a message when this question is answered.Advertisement 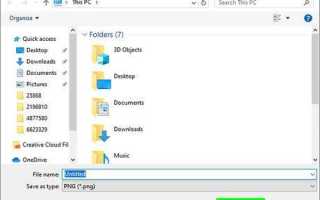 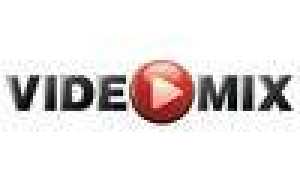 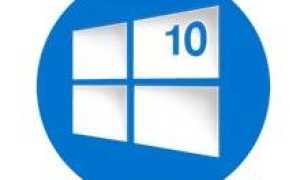 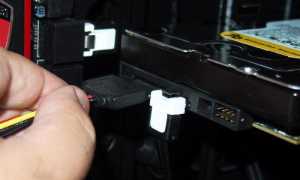